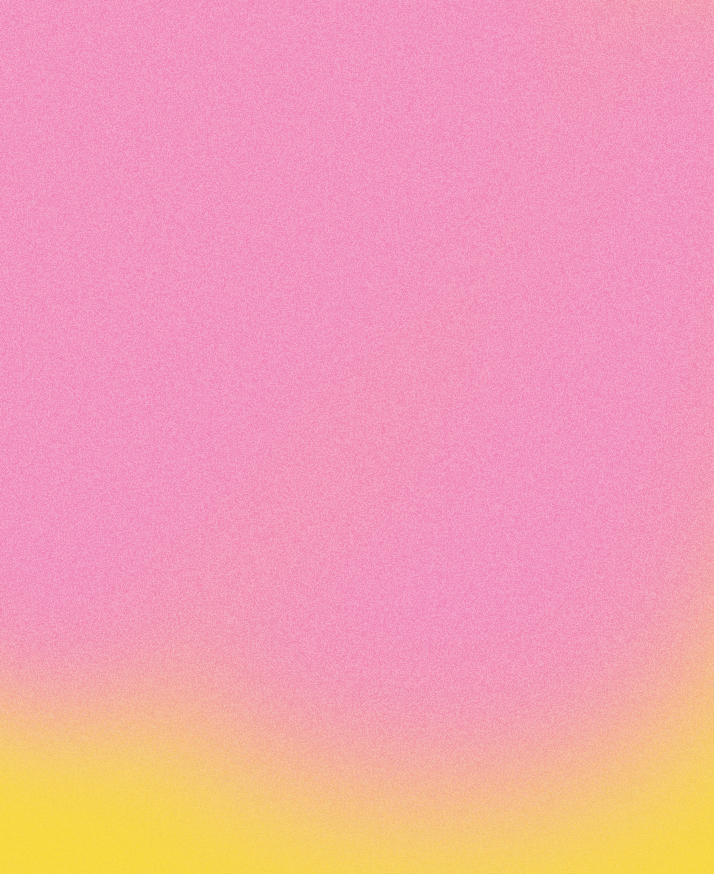 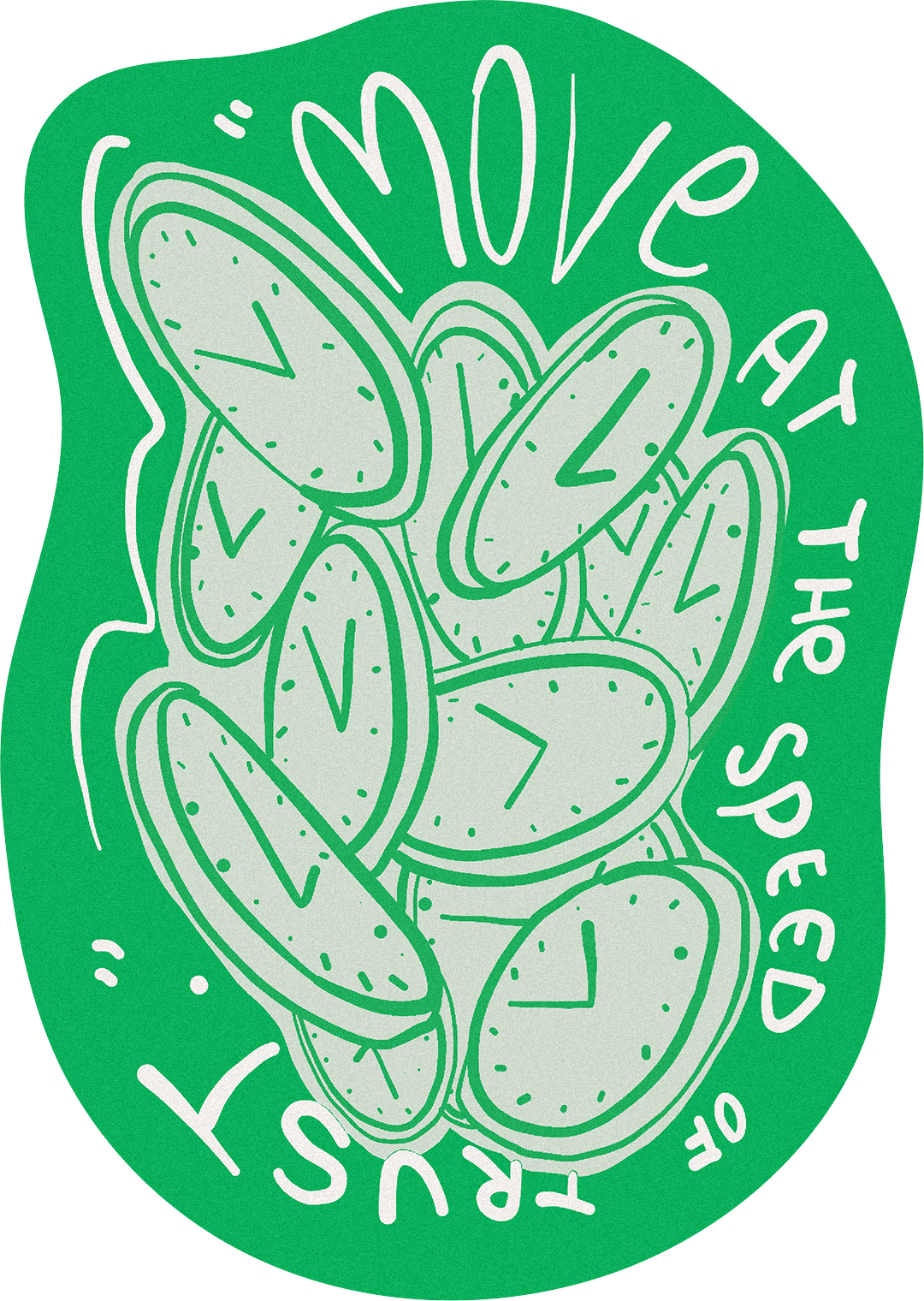 Different people, groups, and fields define the terms we’ll be using in various ways. In the following pages, these words and themes reappear often. The following working definitions may offer clarity on how these keywords can be understood in the context of this toolkit. In order to define them, we used Dictionary.com, notes and conversational materials from the workshops, as well as other specific sources cited within certain definitions.

Authority:
Taking influence from the field of Group Dynamics and Group Relations, 1 1

1
The Tavistock Institute. “What is a Group Relations Conference? The Leicester Conference.” Tavistock Institute of Human Relations, 2016, tavinstitute.org/wp-content/uploads/2012/11 /about-Group-Relations1.pdf   authority refers to a right delegated or given for a certain member or members to work on a specific task. Authority might be given or taken in three basic ways: 1) formal authority describes authority that is acknowledged in an explicit way, 2) informal authority describes authority that may not be explicitly acknowledged, but nonetheless exists, 3) authority from within refers to one’s individual capacity to authorize one’s self. Trust is a necessary building block of authorization. These ideas around authority are related to explicit and embodied hierarchies; see “Hierarchy” defined below.

Authorship:
An “author” refers to the maker of anything; the creator or originator of a thing. Authorship may refer to the process by which someone or a group of people create something and to the experience of feeling a sense of authorship, as in feeling that you created or co-created something.

Belonging:
Belonging refers to the feelings of understanding, acceptance, respect, care, and membership to a certain community, collective, place, or individual.

Calling In vs. Out:
Calling out is a public process of holding someone accountable with the hope that it will end their toxic behavior. In her article, Calling IN: A Less Disposable Way of Holding Each Other Accountable, 2 2

2
These quotes were collected from different participants in the workshops Press Press hosted in Baltimore when considering the question, “Why do we work in cooperative, collective, or collaborative ways?” Workshop attendees are mentioned in the credits of this publication.   published on Black Girl Dangerous, Ngọc Loan Trần describes “calling in” as “a practice of pulling folks back in who have strayed from us. It means extending to ourselves the reality that we will and do fuck up, we stray, and there will always be a chance for us to return. Calling in as a practice of loving each other enough to allow each other to make mistakes, a practice of loving ourselves enough to know that what we’re trying to do here is a radical unlearning of everything we have been configured to believe is normal.”

Care:
Generally, care refers to having concern about another person or thing. In this toolkit, care implies different actions a person or group can take to support and accommodate the needs and desires of others. Much like the notion of “safety,” care can look like a lot of different things to different people and is important to discuss with specificity among group members. Learning from the teachings of the book Care Work: Dreaming Disability Justice by Leah Lakshmi Piepzna-Samarasinha, it is crucial to understand care for one another as a collective responsibility.

Collective Work:
Collective work is a broad term that can be used to describe different types of processes and structures that involve a group of people working together in some way. It may imply a longer-term working relationship that spans multiple projects. 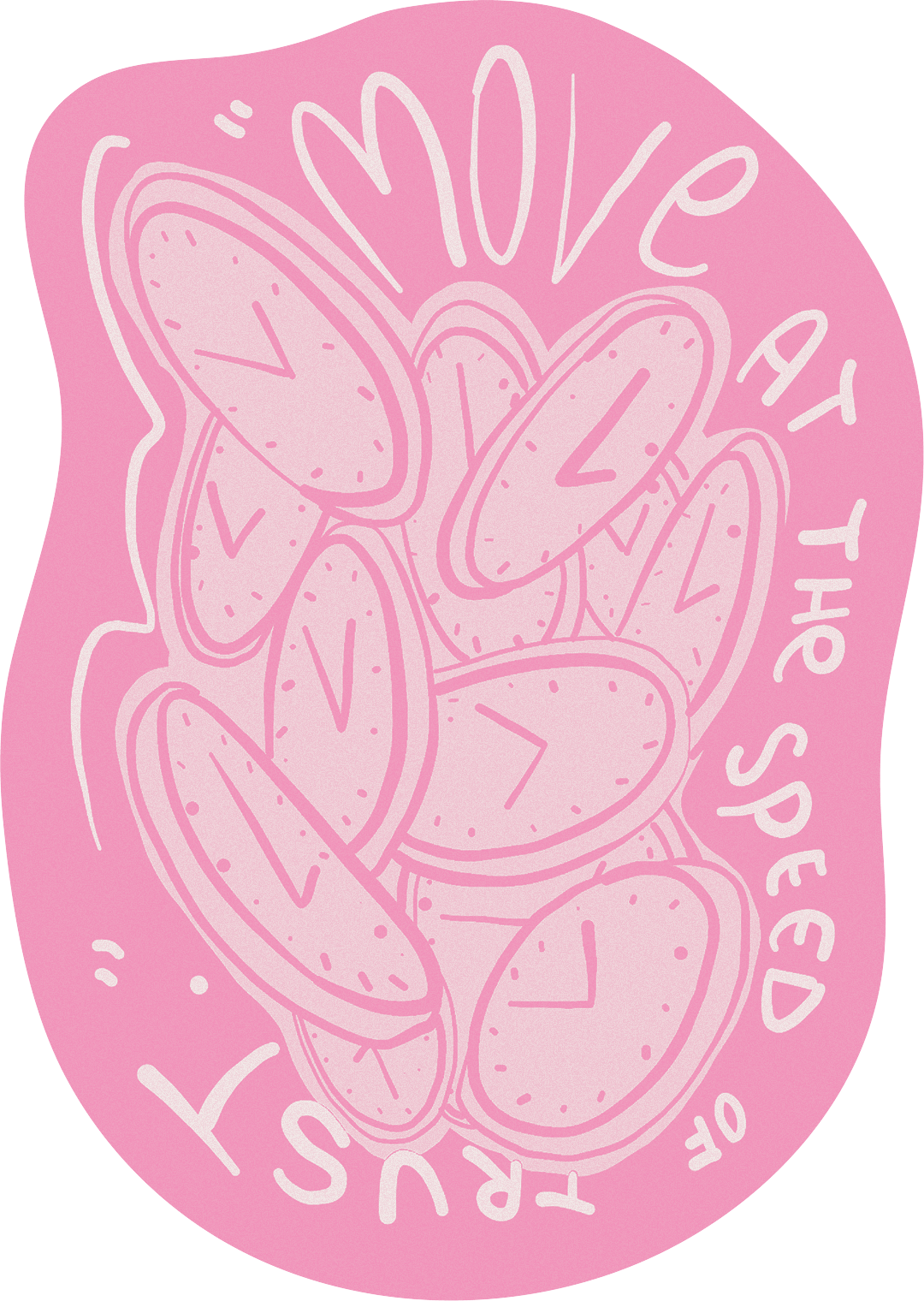 Cooperation:
Cooperation is an act or instance of working or acting together for a common purpose or benefit. Cooperation can happen with many people and may include a more hierarchical structure.

Courageous Space:
Defining a space as courageous means encouraging folks to be challenged and challenge one another by engaging in material and conversation that may be uncomfortable. 3 3

3
This was brought up by Bilphena Yahwon, one of Press Press’s core members, during one of the Sanctuary Manifesto Workshops Press Press hosted throughout 2018.

Equity vs. Equality:
Equity is the notion of folks being equipped with what they need to be successful, while acknowledging that we are all positioned differently in social spaces and have different needs. Equity understands that people are not starting from a level playing field. Equality might aim to promote fairness, but in reality only furthers existing inequitable social relations.

Expressions of Power:
Lisa VeneKlasen and Valerie Miller describe four main expressions of power in their book A New Weave of Power, People, and Politics: the Action Guide for Advocacy and Citizen Participation: Power over describes a dominating type of relationship where one person or group has access to resources, can act, or make decisions, while the other person or group does not; power with describes a process of working together to build collective strength, solidarity, or mutual support; power to describes each individual's potential to enact change in the world; and power within describes a person’s sense of self-worth, dignity, and recognition of their power that comes from within. 4 4

4
VeneKlasen, Lisa; Miller, Valerie, et al. A New Weave of Power, People, and Politics: the Action Guide for Advocacy and Citizen Participation. Practical Action Pub., 2007.   For further explanation on forms and expressions of power, review the article Power and empowerment 5 5

Followership:
Followership refers to the act of following the leadership or initiative of another group member. As different roles and hierarchies emerge within the group, group members may be tasked with following and leading in relationship to different tasks. At its core, followership is based in trust, reciprocity, and respect.

Hierarchy:
A hierarchy is a system of people or things ranked one above the other. Hierarchies can be determined in different ways and may take both oppressive and supportive forms depending on many factors addressed in the toolkit. There are different forms of explicit and embodied hierarchies that may emerge in groups. Explicit hierarchies are ones that we may acknowledge or agree to, such as allowing certain group members to take on certain tasks on behalf of the group, while embodied hierarchies, which sometimes overlap with explicit hierarchies, can be understood as forms of entitlement that are either unconsciously or consciously internalized by group members.

Integrity:
Integrity can be understood as a state of being whole, accepted, and undiminished. In an ideal collective, cooperative, or collaborative group, everyone involved can operate from a place of integrity.

Liberation:
Liberation can be described as the act or fact of gaining equal rights or full social or economic opportunities for a particular group. Liberation work can take many forms and is often premised on the understanding that none of us are free until all of us are free.

Ownership:
Ownership refers to the process and experience of possessing or owning something. It may be seen as kindred to feeling a sense of belonging. The experience of ownership may relate to the experience of authorship and authority, but is not a necessary product of the two. Authoring something does not necessarily mean owning that thing. In collective work, it is especially important to address this distinction because often folks co-author materials that are owned by none or all of the group members.

6
Young, Iris Marion. Justice and the Politics of Difference. Princeton Univ. Pr., 1990.   Iris Marion Young’s notion of a politics of difference emerges as a critique of a commonly endorsed Western ideal of justice that “defines liberation as the transcendence of group difference,” or more simply: justice as assimilation. This ideal understands the equal treatment of all as its primary principle. However, as Young argues, “equality” often means overlooking the ways in which people are situated differently in social space, for example, in terms of their socioeconomic status, opportunities, health, culture, and so on. The call for “equality” is therefore often an ideological veneer form reasserting the dominant identity. Alternatively, Young proposes an egalitarian politics of difference, which defines our differences as fluid and relational products of various social processes. This politics of difference argues that equality may sometimes require different treatment of different people. Embracing a politics of difference in cultural work might mean embracing and accommodating individual and group differences as a means of solidarity.

Power:
There are many ways that power can be defined. Throughout this toolkit, when the word “power” is mentioned, it will often be used to describe access to resources and/or the ability to act or make decisions by an individual on behalf of the group. However, it’s important to understand the different facets and interpretations of power as it is a big theme within cooperative, collective, and collaborative work. The website Powercube 7 7

7
Powercube: Understanding Power for Social Change, powercube.net.   offers helpful resources for analyzing and defining power that may be helpful as you make your way throughout this toolkit.

Role:
One’s role refers to one’s position in a group or relationship to a certain task. There are formal roles, as in roles that are acknowledged and formally given by the group to certain members, and there are informal roles, as in roles that may be unconsciously given or taken by group members. The ways that roles are negotiated between group members relates to explicit and embodied hierarchies, see “hierarchy” for more.

Safety:
Safety can mean many different things to different people. Generally, it refers to the state of being safe, or freedom from the occurrence or risk of injury, danger, or loss. Some people’s notion of safety is others’ notion of harm. For this reason, it's really important to explore the specific meanings of safety with the different members of your collective.

Toxic Behavior:
Generally, toxic behavior is behavior that manipulates, takes advantage, or negatively affects other people.. In a Psychology Today post titled "8 Things the Most Toxic People in Your Life Have in Common," 8 8

8
Brenner, Abigail. “8 Things the Most Toxic People in Your Life Have in Common.” Psychology Today, 29 Aug. 2016, psychologytoday.com/us/blog/in-flux/201608/8-things-the-most-toxic-people-in-your-life-have-in-common.   Abigail Brenner writes, "Toxic people are manipulative. Their modus operandi is to get people to do what they want them to do. It’s all about them. They use other people to accomplish whatever their goal happens to be. Forget what you want; this is not about equality in a relationship—far from it.”

Trust:
Trust refers to the reliance on integrity, strength, or ability of a person or thing. Hope is necessary for trust. In her book Emergent Strategy, 9 9 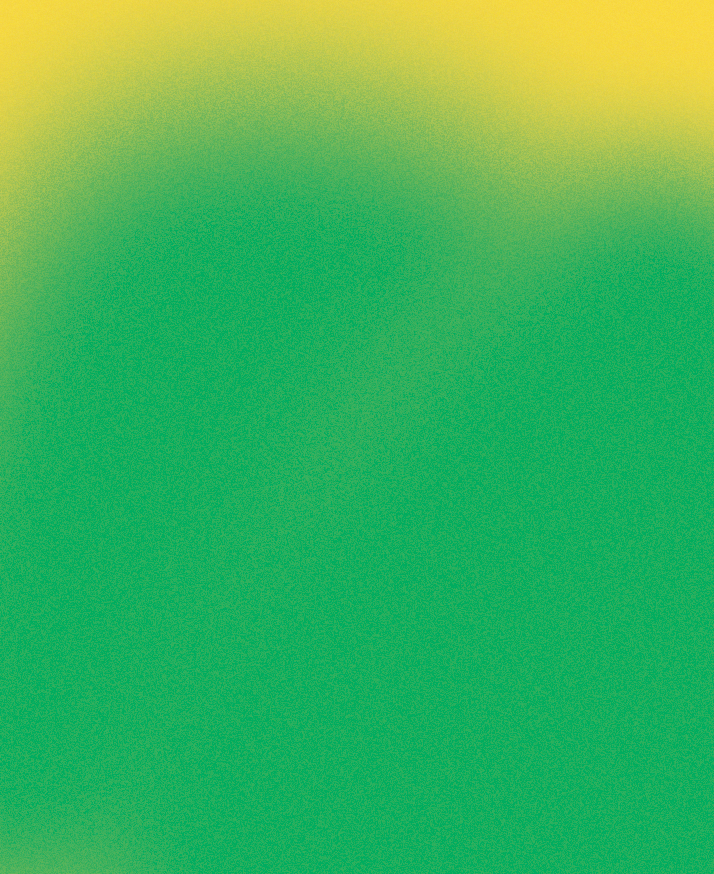